For the first 7 days in July Exeter’s Northernhay Gardens hosted a unique and very moving memorial to the 19,240 allied soldiers who died on the first day of the Battle of the Somme 100 years before.

The project was conceived by Rob Heard, a Somerset artist, and East Devon-based folk singer Steve Knightley.  A website – http://www.thesomme19240.co.uk/ – includes videos and other material about the memorial which enhance understanding. 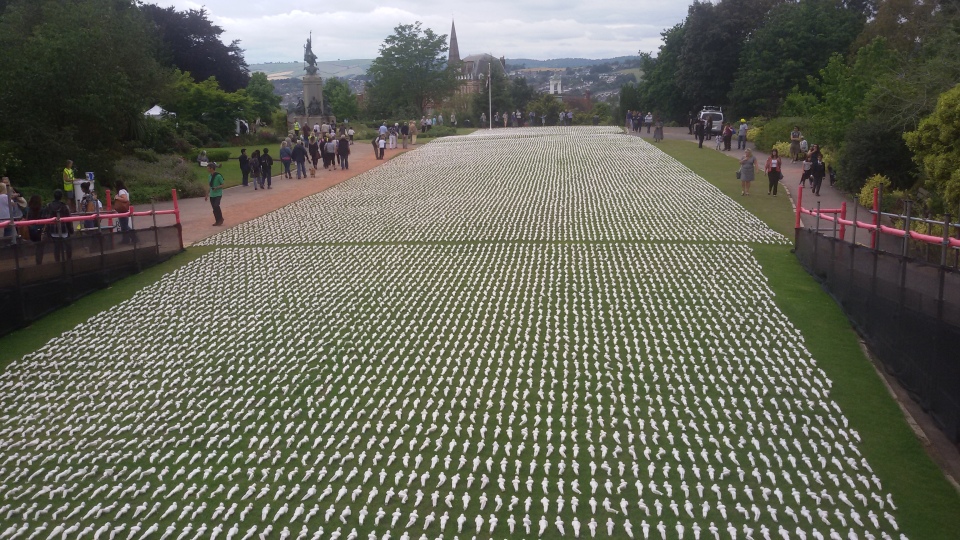 The pictures here don’t do it justice.  Each of the tiny shrouds, one for each soldier, was hand-stitched by Rob Heard over a period of three years.  Some 50,000 people – equivalent to nearly half the city’s population – visited the memorial. 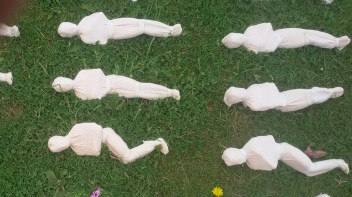 World War One was a travesty of human endeavour.  Fought because governments and dynasties wanted territory, power and trade, and fuelled by nationalism, its principal legacy was the deaths of millions of “ordinary” people.  The flawed post-war settlement laid the ground for the rise of the Nazis and the second world war.  What became the European Union was created to prevent Europe ever going to war within itself again.

It’s a pity the EU referendum didn’t come after the Somme commemorations, rather than before them.  Had it done so, perhaps fewer people would have been prepared to throw away the structure, however imperfect, that has given us 60 years of peace and co-operation.